THE LARGEST PHOTO ALBUM IN THE WORLD

DAS STUDIO helped Samsung achieve a Guinness world record by creating the largest photo album in the world in Berlin. 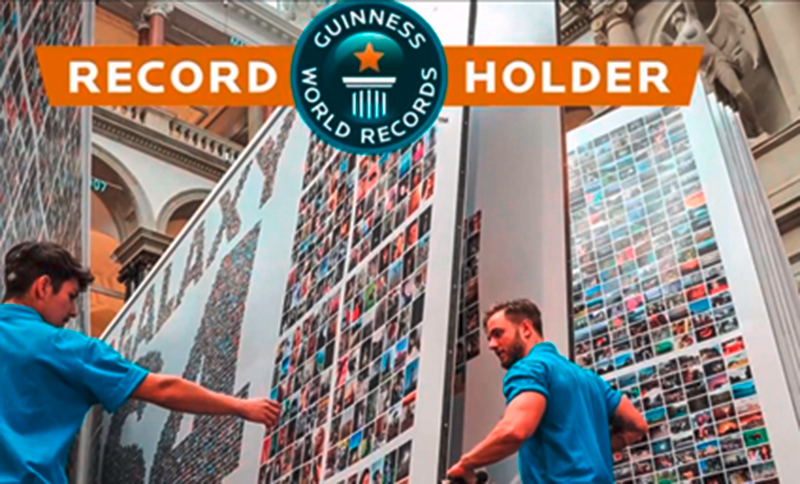 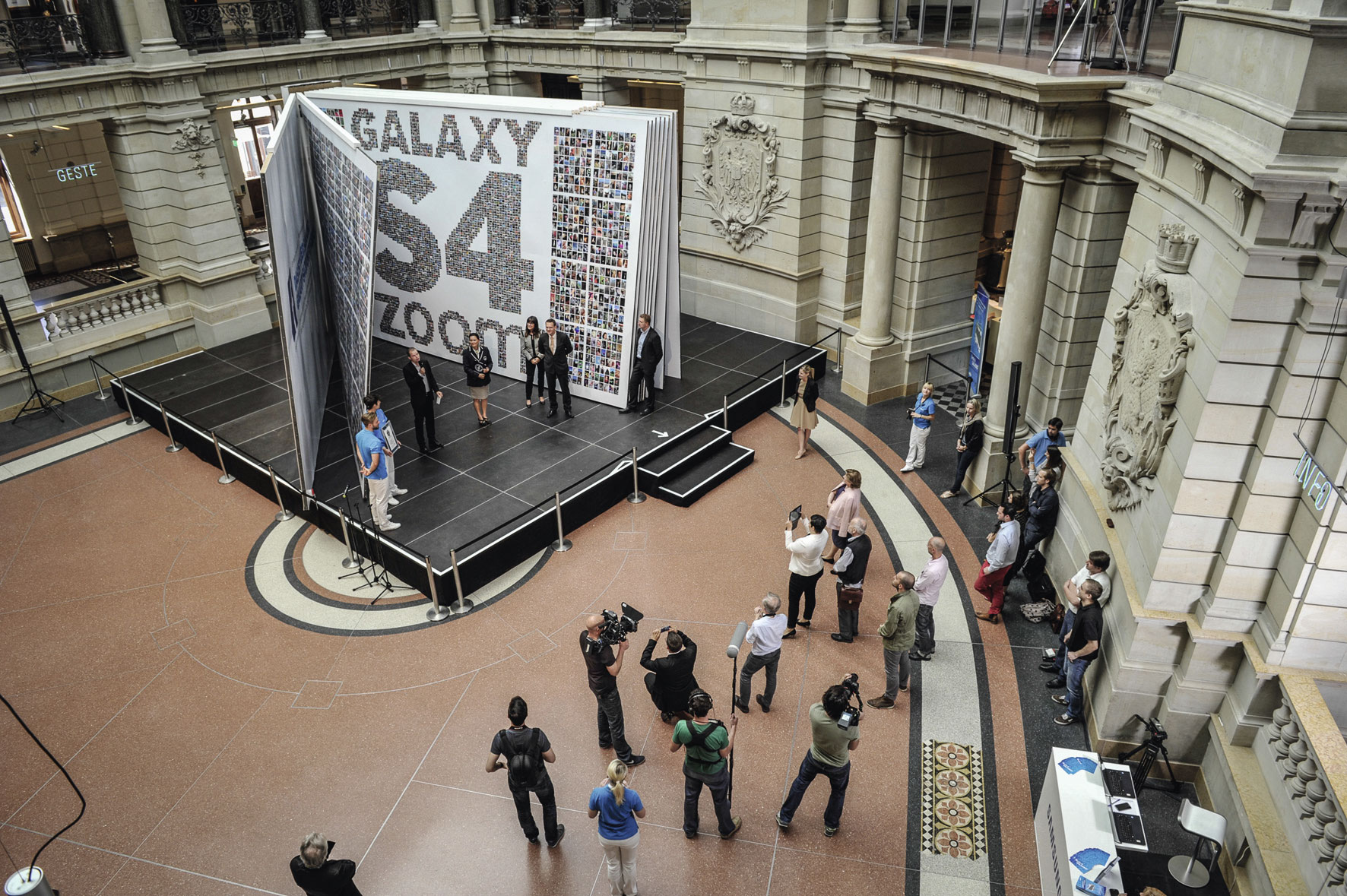 Just in time for the IFA and the introduction of the new Samsung Galaxy S4 zoom, the cell phone manufacturer wanted to get the largest photo album in the world up on its feet and set the Guinness world record.

Although all our competitors rejected the order with a resounding “Impossible!” because of the quick turn-around time, DAS STUDIO took on the challenge.

After the DAS STUDIO team had consulted with Samsung and the Leo Burnett agency, which came up with the idea, to develop layouts for the individual pages, we prepared the pages partially through automated and partially through manual data processing. Overall, ten employees took 130 hours to turn the huge quantity of data – 2.5 terabytes – into correctly formatted pages ready to print. Ultimately, each page of the book was made up of five rolls. We printed a total of 800 m² of photo paper. 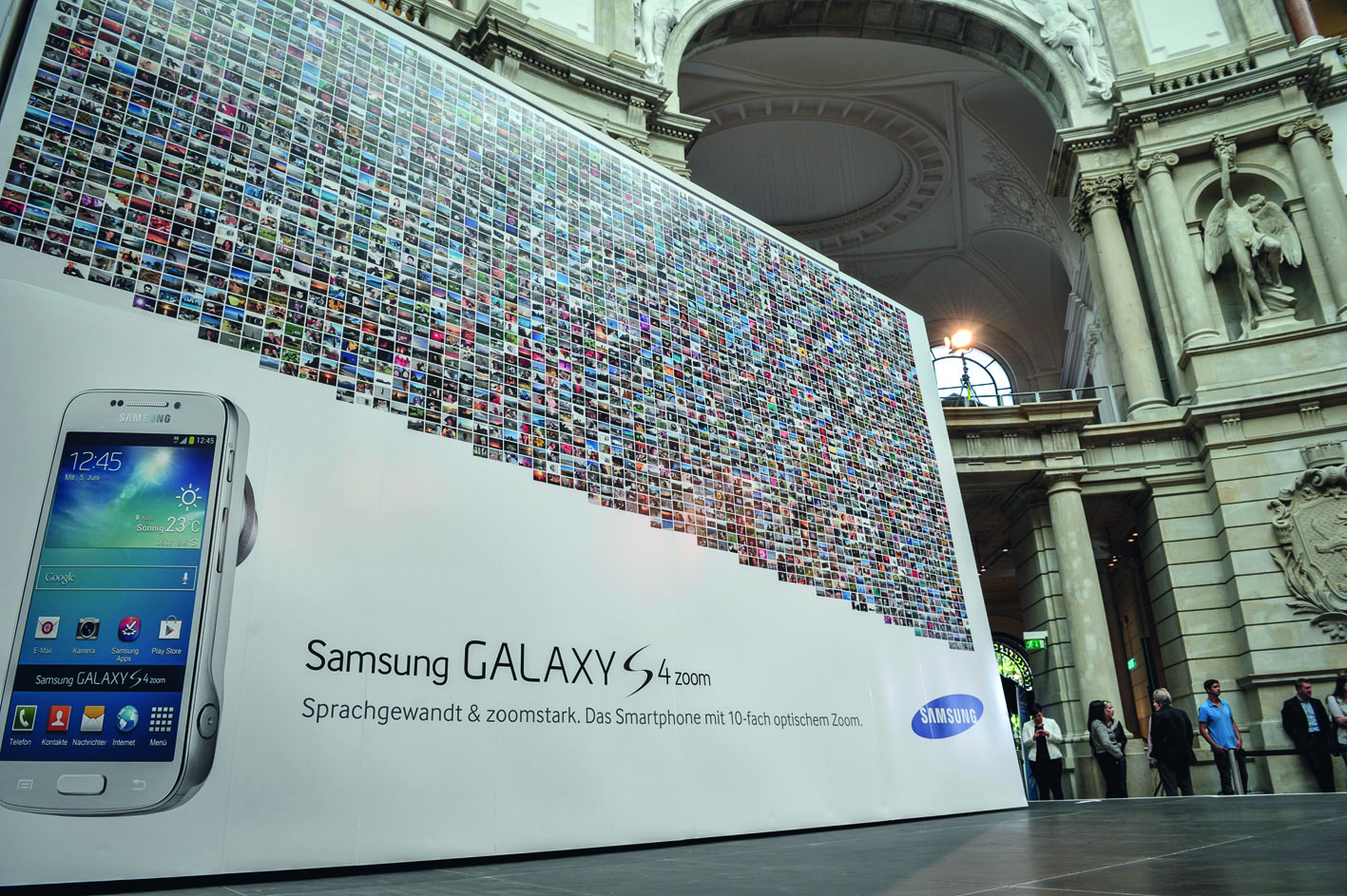 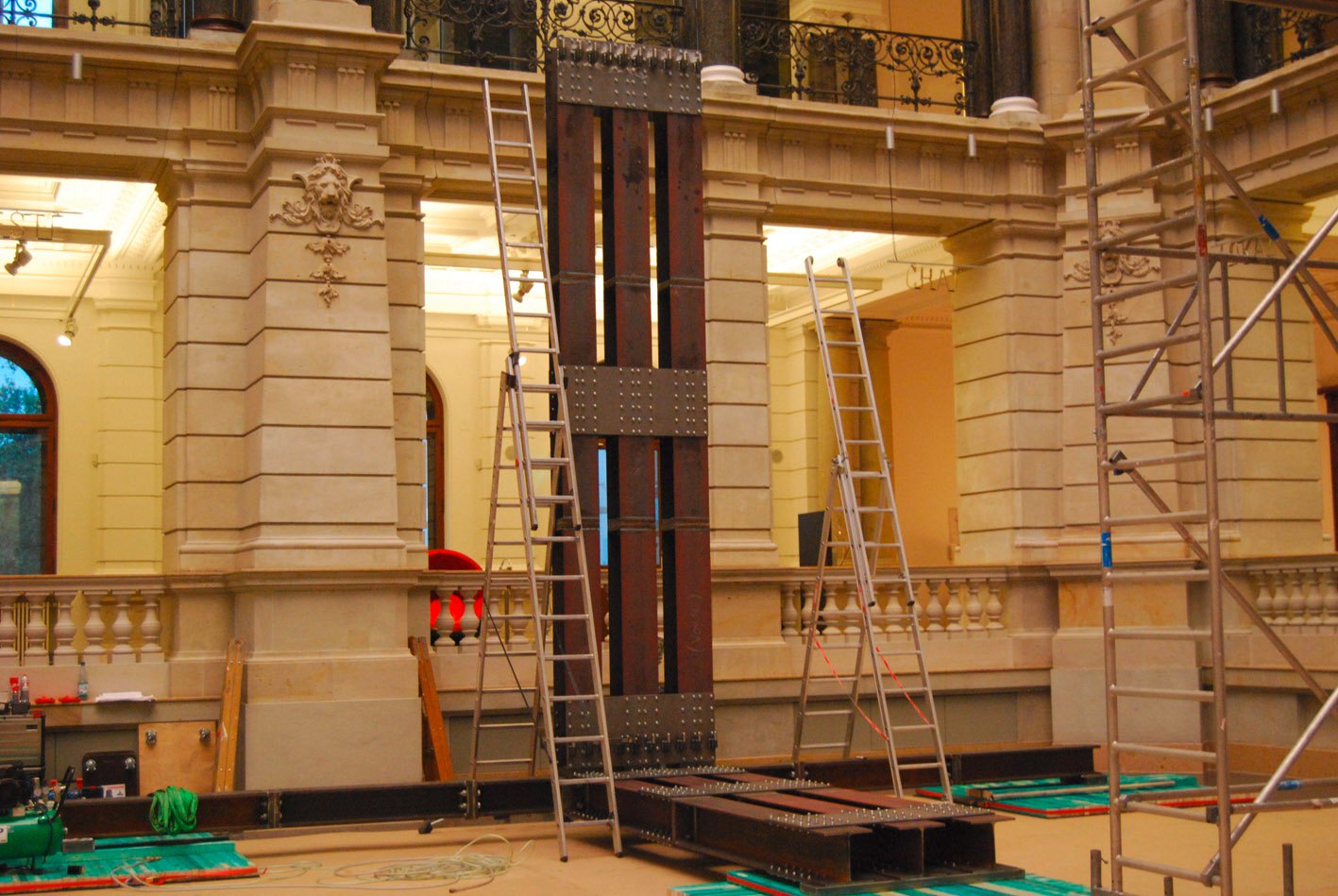 A wide variety of materials were used in the construction: 5 tonnes of steel, 1,300 metres of wood, 1.5 tonnes of hard foam panelling, and 11,000 screws. The steel spine of the book alone, made up of multiple components joined together with around 450 screws, weighed a total of five tonnes. Two structural engineers were hired to complete the calculations and approve the construction process. The atrium of the Museum for Communication in Berlin, which was selected as the location for the project, also turned out to pose its own challenges.

In the end, all our hard work paid off, and we were able to make the impossible possible.

After 52 days of planning and production under the leadership of DAS STUDIO, all the components were ready to go. Ten days later, the Samsung Galaxy S4 zoom photo album, with a final weight of eleven tonnes, was set up in the atrium of the Museum for Communication in Berlin and open to the public. It took ten installers to complete the project. Ultimately, the book was officially accepted into the Guinness Book of World Records as the largest photo album in the world. 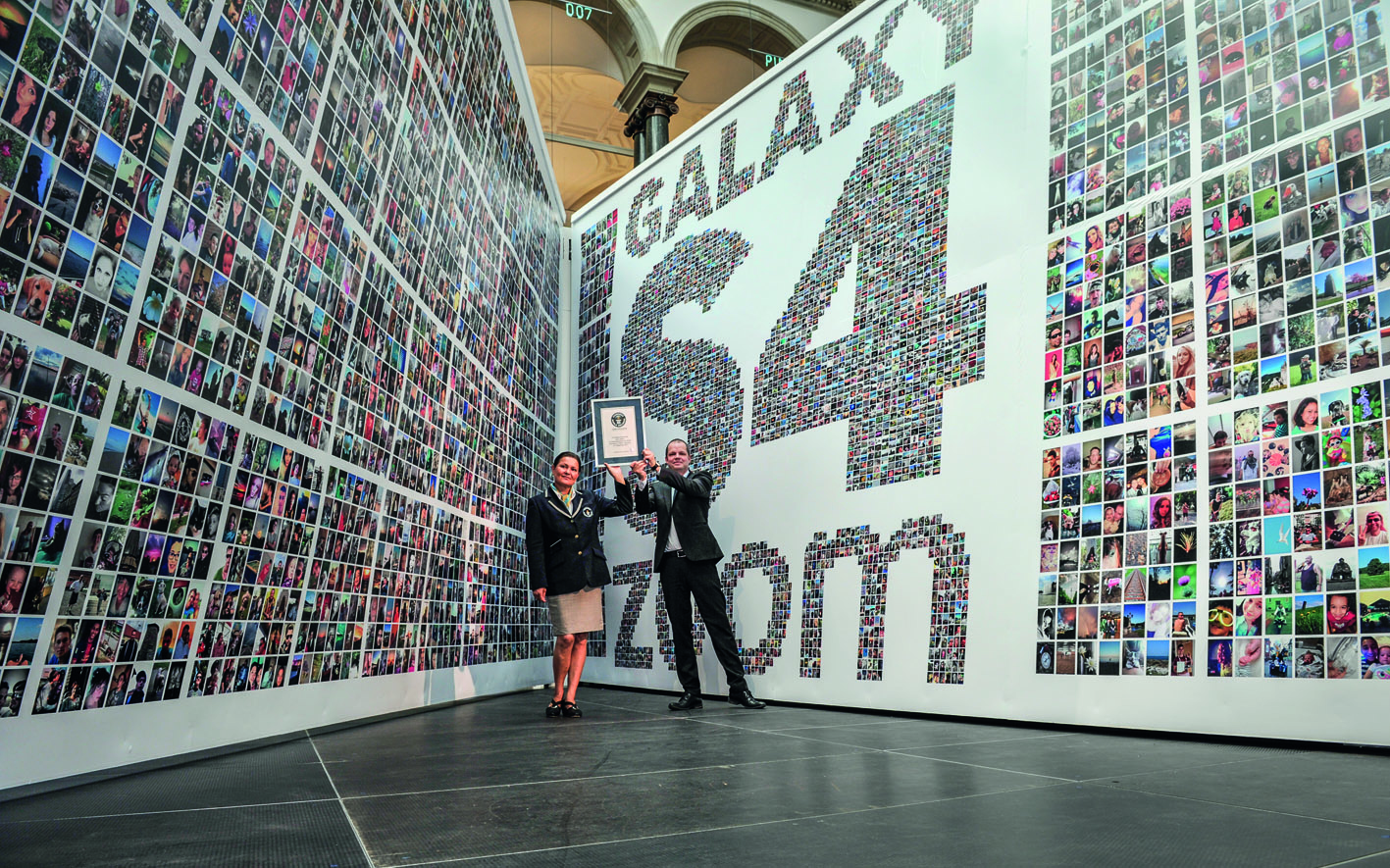 Learn more about the “Samsung photo album project” and our case studies in the industry:
info@das-studio.de
Andree Koch: 06102-2917-0

You have no folders.

Simply create a folder by clicking the above button. You can also create a collection-gallery relation.